Maths is not that “difficult” subject as it is often presumed to be. It is just based on logical, critical, and analytical thinking. Also, it doesn’t come all at once, learning maths is like stepping on small yet important stones, one at a time. class 8 maths consists of lessons that are major stepping stones for higher education in mathematics. 8th standard maths touches different topics in each chapter.

Some of the chapters are introduced to the students in the previous classes and hence, they have been continued further to understand more critical concepts. Class 8 maths plays a key role in building a strong foundation in maths in the CBSE system. Class 10 board exams, conducted by CBSE or the Central Board of Secondary Education is considered one of the most important examinations in the Indian education system. 8th standard maths deals with important lessons that are crucial for students to learn the class 10 maths board exam syllabus thoroughly. 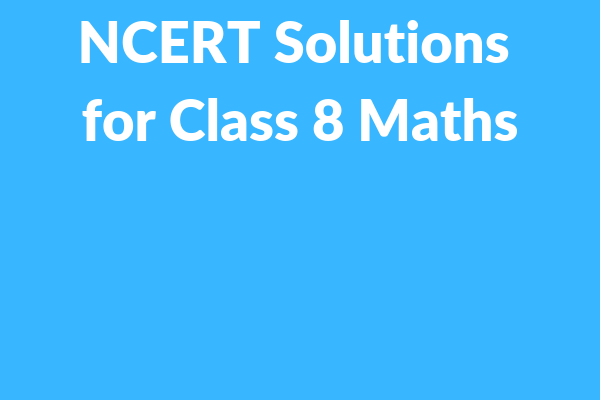 When one is thorough with the primary, upper primary, and middle school mathematics, then maths is not quite a difficult subject to crack in the board exams. The ncert 8th class textbook is designed by the subject experts in a very interesting manner. It manages to stay consistent and informative while including many different topics in the syllabus. While some topics in the 8th class maths are easy, some may need more attention to be understood. Here we have a brief yet all-inclusive look at the class 8 math syllabus.

The ‘class 8 math question paper’ is designed based on 16 chapters included in the ncert 8th class textbooks. Below is a brief analysis of each of these 16 chapters.

The number system has been an important and integral part of the primary and upper primary maths syllabus. This lesson is elaborated in the class 8th math syllabus as well. However, it is more focussed here as it concentrates on the rational number alone at large. This chapter includes three important topics apart from the introduction and recalling the previous knowledge:

Chapter 2: Linear Equations in One Variable

When we look at the maths syllabus in higher classes, it mainly consists of solving various equations in one variable, two variables, and so on. A very important foundation for solving these types of maths questions is laid in ‘8th grade maths’ with this chapter. Students here are introduced to various concepts for solving equations in one variable. The main topics covered are:

Solving shaped and geometry-based maths questions is often fun for many students as it involves some visualization. Quadrilaterals is quite an interesting chapter which deals with angles, the sum of angles, and different concepts. These include:

The 4th chapter in class 8 maths also deals with geometry. As the name suggests, Practical geometry requires students to use some geometrical instruments in order to solve some critical questions. This chapter has easy attention and interest of many students. The main concepts are:

It is often noticed that students find data handling as fun and manageable lesson. While they find it interesting in solving questions based on data handling, this chapter also teaches them some important concepts useful in the real-world as well. When studied in detail, this forms an important base for higher-level professional education in the data handling and management sector. This chapter in the 8th standard maths syllabus includes the following main topics:

Students have been introduced to the concepts of finding the Lowest Common Multiple and the Highest Common Factor in the maths syllabus till 7th class. The 6th chapter in the 8th grade maths takes this topic further and deeper and helps students in finding the squares and the square roots of numbers. This chapter introduces students to the following topics:

This chapter is further elaborated to the 6th chapter. While in the last chapter, students were introduced to the concepts of squares and square roots, this chapter introduces them to cubes and cube roots. The main topics covered here in the 7th chapter of the ‘ncert 8th class’ syllabus are Introduction, Cubes, Cube Roots.

This is one of the crucial lessons that contribute to the class 8 math question paper. In this chapter, various important and critical points are covered. These are:

An important part of mathematics is algebra. We bet that many of us still remember those important algebraic formulas by heart. This is a very important chapter in 8th standard maths, helping students to understand the algebraic expressions and identities. The main topics covered here are:

This chapter in the NCERT math book class 8 is one of the fun and activity-based lessons that students might find interesting. Some topics from this chapter might require a demonstration with 3D models for a better understanding. This chapter covers the following topics:

Just like algebra and number system, Mensuration is an important and key element of the class 8 maths syllabus and also, an important chapter that lays the foundation for higher class mathematics. This chapter in 8th grade maths includes the following topics:

This is one of the lessons in 8th standard maths that is extensively based on calculations and formulas. Exponents and powers are also an important concept in the higher classes maths especially when one studies mathematics as the main subject. This chapter includes:

Remember all those factorization rules and methods that we had to remember and learn in class 8th? They formed a strong foundation for some important topics in class 10th maths board exams. The Factorization lesson in “class 8 maths” deals with the following important topics:

This chapter is perhaps one of the most interesting, practical, and activity-based. Remember pasting those graph papers in your maths notebook and solving questions out of them? We’re sure you would have found it interesting in many ways! This chapter in “8th standard maths” though only gives students a brief introduction to the graphs. This lesson includes the following topics:

This is the last chapter in the NCERT math book class 8. Touching some of the important topics in the number system, it includes the following concepts:

The 10th class is an important milestone in one’s educational journey. It is often a turning point... 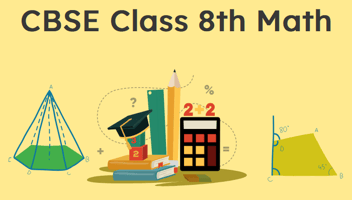 Exams are the most stressful times in a student’s life, and students often tend to panic with... 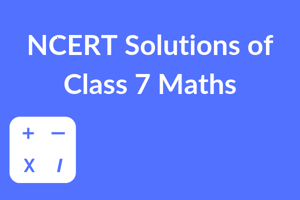 Building a strong base in mathematics in the middle-school is very important for mathematics...